SEE Business Circle- focus on Vojvodina with Mr. Igor Mirovic, President of the Government of the Autonomous province Vojvodina 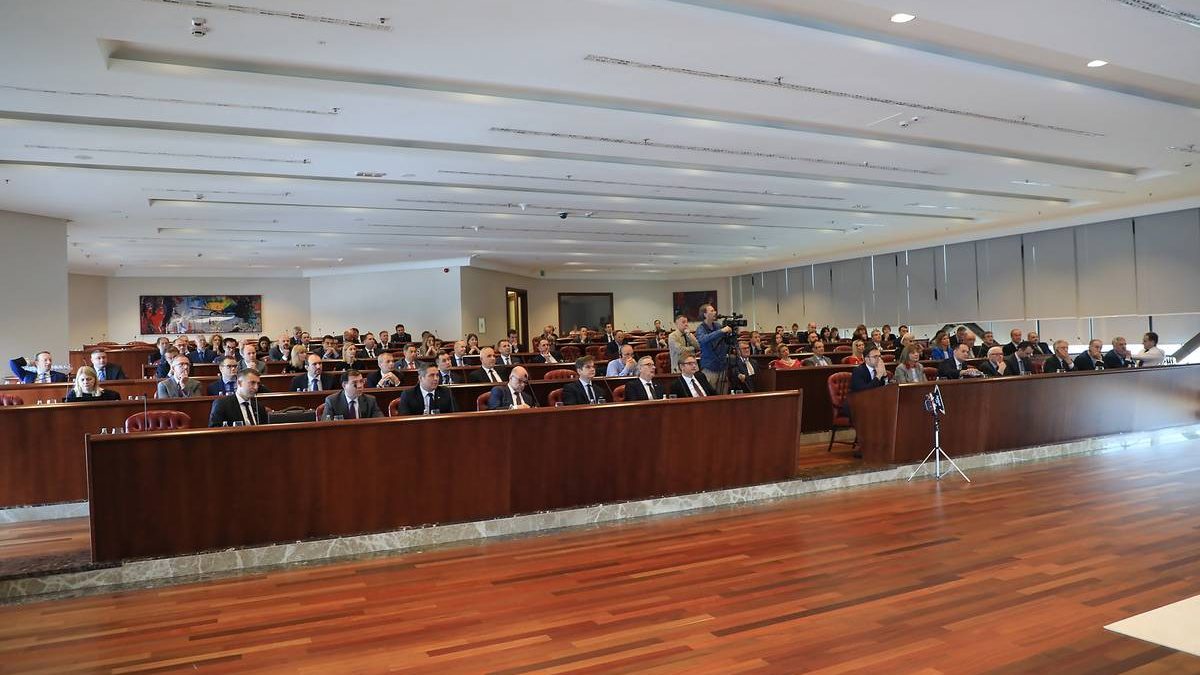 Networking and joining forces in order to increase growth

South East Europe Business Development Network (SEEBDN), Euroherc Insurance and the Croatian Employers Association (HUP) organized a conference in Zagreb called "Together for Progress". It brought together prominent employers and diplomats from Southeast Europe and Austria to discuss about what is a key to a stability and prosperity of each country in the region.

One of the important recommendations for Southeastern Europe companies, sent out of this conference is, that it is imperative for them to strive for joining forces and to have regional approach rather than national. That being said, they could be far more successful in operating in third markets and thus increase exports and economic growth.

Mladenka Grgić, President of the Supervisory Board of the "Euroherc Insurance" and the member of the Board of the SEEBDN said that a companies from Southeast Europe need to be encouraged to go to a western market.

"We have a knowledge, competencies, and we are capable. We just need to be encouraged. But, those who are persistent, hardworking and who are able to do a good job,  they can be successful in developed markets", said Grgić.

When it comes to networking the through associations such as the SEEBDN, she said that, for example, after today's conference, she became richer for "100 new business cards", which are all new potential business partners.

Davor Majetić, CEO of the Croatian Employers Association (HUP) and member of Advisory Commitee of the SEEBDN, said that exports are a strategic of the Croatian economy, and companies need to be connected to increase their exports.

"The only way to expand our business is to expand our export options beyond Croatia," he said, noting that initiatives such as the SEEBDN also give a perspective and motivate networking. That is why, according to him, the opportunities offered by such initiatives should be seized.

"HUP will continue to struggle to create conditions in which we will be competitive, in order to make our companies more quality and interesting to partners in the region," Majetic said.

Fritz Kaltenegger, Chaiman of the Board of the SEEBDN and CEO of Cafe +  Co International emphasized that connecting people and creating business opportunities are the SEEBDN's main goals. "Strong networking is a prerequisite for creating successful businesses, but it is equally important to stimulate economic growth in Southeast Europe, and this is only possible through a strong private sector initiative. I use this opportunity to invite all of you to join our initiative, because through our joint work and understanding, we can contribute to the prosperity of all EU countries, especially in the SEE region", he said.

Member of the Board of the SEEBDN and CEO of the „Grimex Consult“ Ivan Gros, said that the goal of this conference was to connect new markets more effectively. He urged the companies of the region to join forces and to innovate technologies. In such an organized way, they can create a quality product that can be exported to a demanding markets of Europe and of the world.

"There are numerous companies operating in the region, that we can call a 'successful players'. They are only more or less exposed", Gros said.

In order for the region to be competitive, companies must find adequate partners, and think about joint approach.

Speaking about the importance of regional integration and cooperation with neighbors, Gros said that Austria gave a good lesson by having more than a half of its foreign trade with its neighbors. On the other hand, in 2018, Croatia made about EUR 38 billion in foreign trade, but just a bit over 7 percent with its neighbors. That's where Gros sees the potential.

"Croatia could be the ’locomotive’ that will lead the process of greater economic integration of the region with the EU. The main advantage is that Croatia is also an EU member. In that sense, I am convinced that Croatia will try to use its Presidency of the EU, to bring the region closer to that common goal", Gros said, adding that cooperation should be planned keeping in mind that some countries, such as Serbia, have good cooperation with markets outside the EU, for example, with China, Russia…

Zdenko Lučić, State Secretary at the Croatian Ministry of Economy said that cooperation between a private and public sector is indispensable when it comes to economic growth and development. Croatia, he added, has many companies that can be called "regional players". Those companies make a significant contribution to the economy and have outgrown the borders of Croatia. Croatia is ready to support new investment projects, he said.

The introductory remarks were followed by three panel discussions. The first discussion was moderated by Wolfgang Petritsch, President of the Austrian Marshall Plan Foundation and a member of the Advisory Committee of the SEEBDN. The first panel was acctually a discussion about the experiences of the Austrian business development model.

Secretary General of the Federation of Austrian Industry, Mr. Christoph Neumayer said that it is important for companies to work together, so they could meet all upcoming challenges. The Federation, he said, has good cooperation with the Croatian business sector.

Gerhard Sturm, Executive Vice President of the „Palfinger Group“ believes that globally there are many challenges, and only through networking and collaboration significant success can be achieved.

On the first Panel also Mr. Tillmann Fuchs, Deputy Head of Communication at the Vienna International Airport and Mr. Gabriel Lansky, Managing Partner at Lansky, Ganzger + Partner have shared their experiences from their branch with regard to the internationalization.

When it comes to the second panel, moderated by TV N1 journalist Ivan Hrstić, the main topic were the region's brands.

Marin Pucar, CEO of the „Podravka“ said that most of the company's revenue comes from the domestic market. "At the same time, more than 40 percent of revenues come from outside Southeast Europe. We have gone trough a long way in the process of internationalization and we are present in all markets of Southeast Europe and beyond", he said.

CEO of the „Buck Lighting“ Darko Budeč said that the most important thing for the company was to build the brand in a quality way, from the beginning. "As a small company, we had to monitor our competition very closely. We had to develop a new technologies constantly and evolve rapidly" he said.

Venan Hadžiselimović CEO of the “Hifa Oil Group”, said that the owners' vision is to become the Southeast European leader in their sector. "Within the Group, we have 12 businesses operating in 10 markets in Southeast Europe, and our intention is to continue expanding to other markets", he said.

Dubravka Sinčić Ćorić, Professor of Marketing at the Faculty of Economics and Business in Zagreb said that the basics of excellence in these three companies is the fact that they all have: a vision, people and partnership, although they do business in different ways.

The third panel was moderated by Mladen Sirovica, a journalist at HRT. It was focused on macroeconomic perspective of the Southeast Europe and the possibilities for financing and subsidizing the private sector.

President of the Serbian Association of Economists Aleksandar Vlahović, said that there are 17.9 million people in the Western Balkans, and if we compare the average growth rates with the rest of Europe, in an optimistic scenario, he said, we will reach convergence in only 35 years, and in a pessimistic - in 200 years. If we look at imports and exports, he added, we will see a high level of uncompetitiveness, especially in Montenegro and Kosovo.

Kiril Kolemisevski, Deputy Minister of Economy of NorthMacedonia said that the plan of the country's government is to reach a growth rate of about 6 percent, and the first prerequisite is to change a mentality of people. First of, he explained, they need to change to big expectations from the State.

State Secretary at the Ministry of Regional Development and EU Funds Spomenka Djurić said that the experience that Croatia has is invaluable for its neighbors. “As this is the first financial perspective that Croatia is using in its entirety, we are able to provide to countries in the region first-hand experience about the possibilities that they still haven’t faced. This will also make their first years in the EU easier and they could use possibilities faster and more successfully than we have had the chance to”, she said. 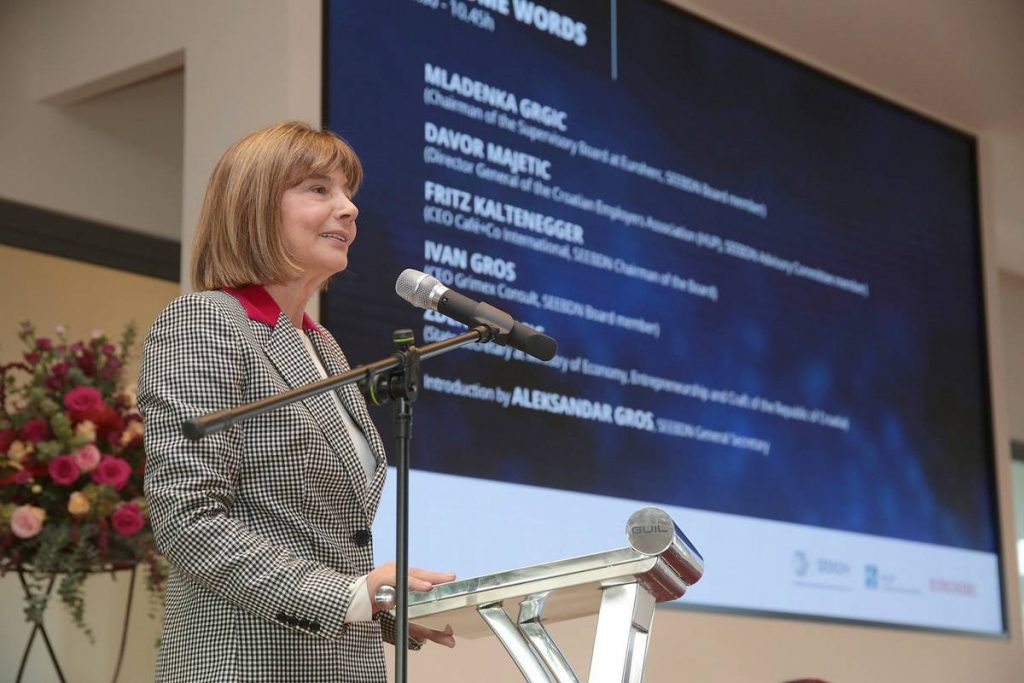 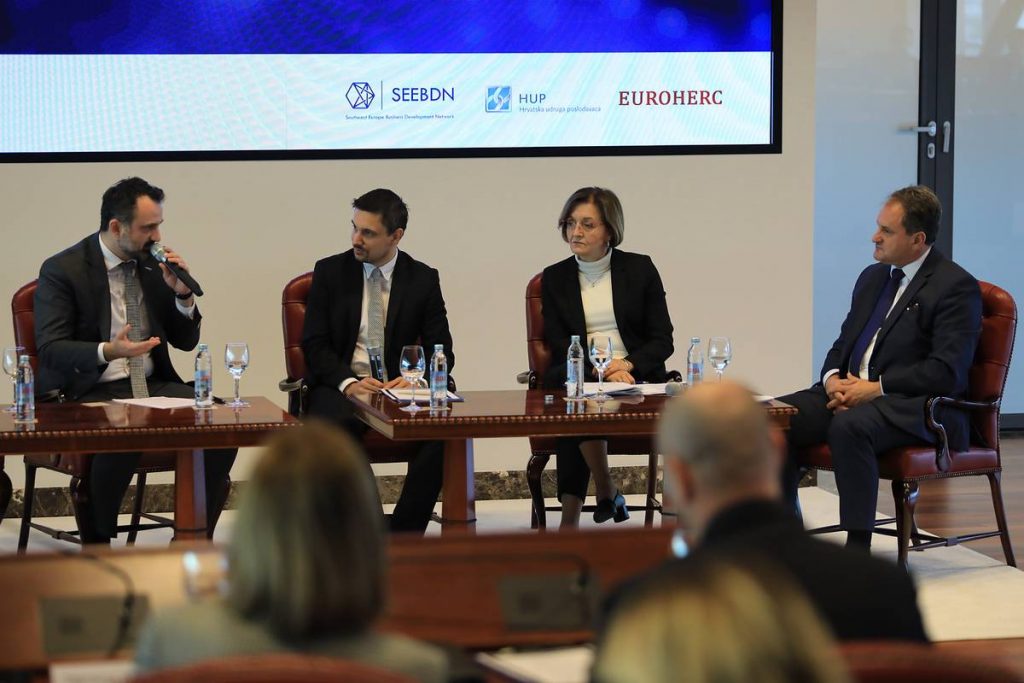 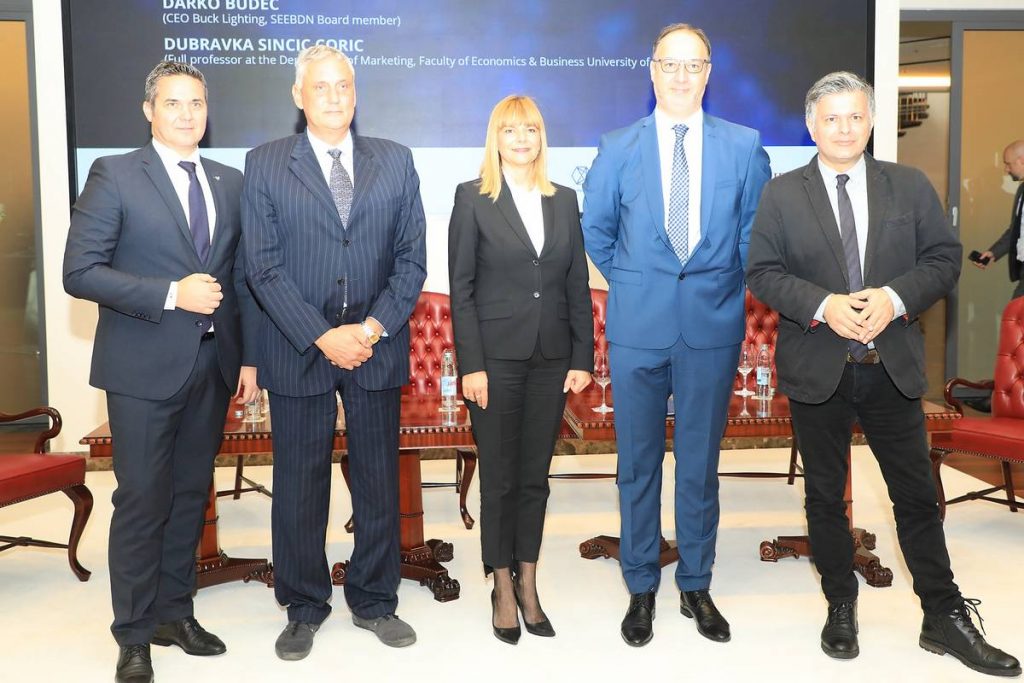 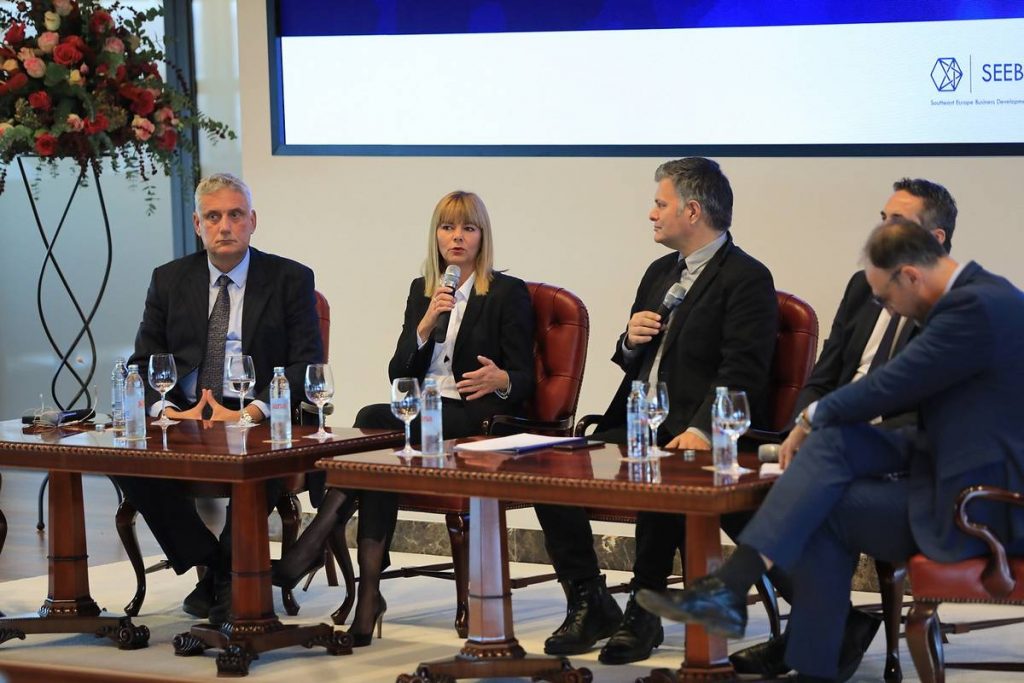 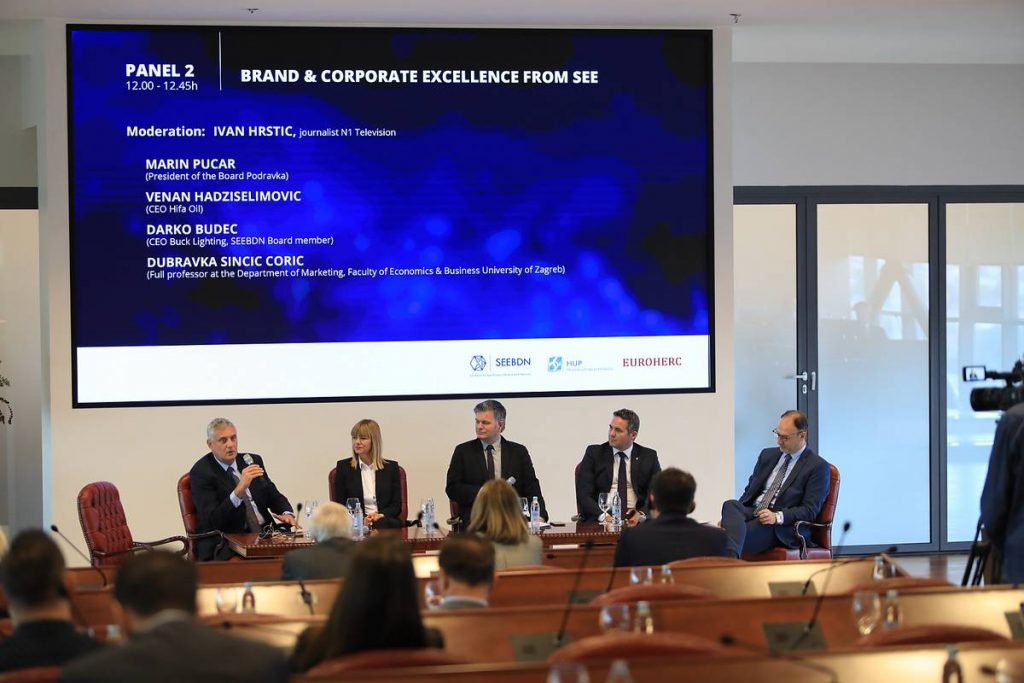 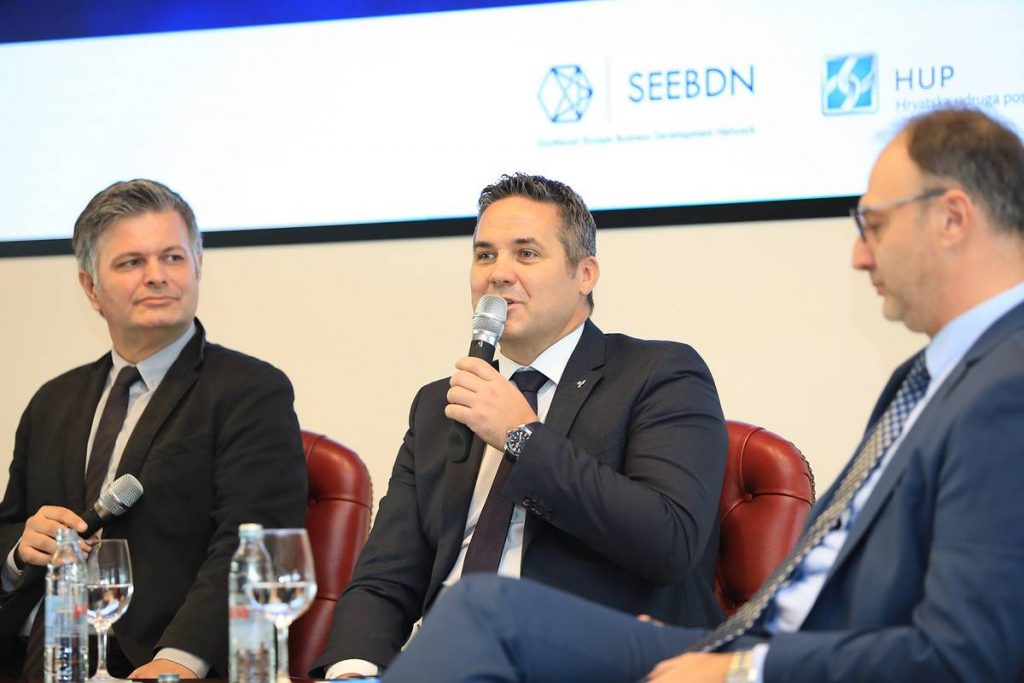 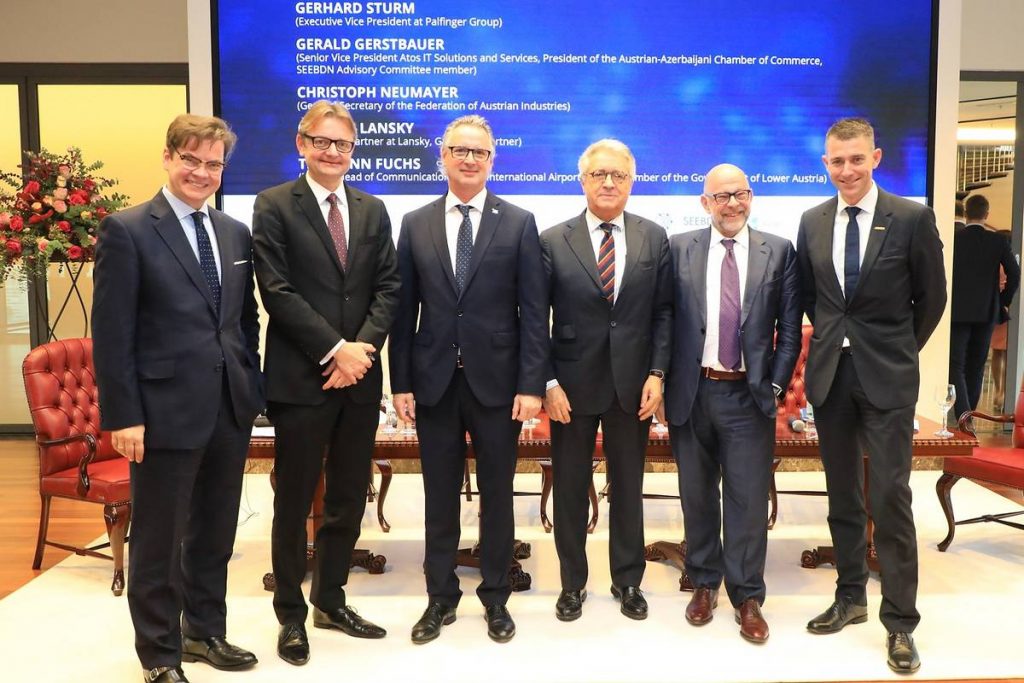 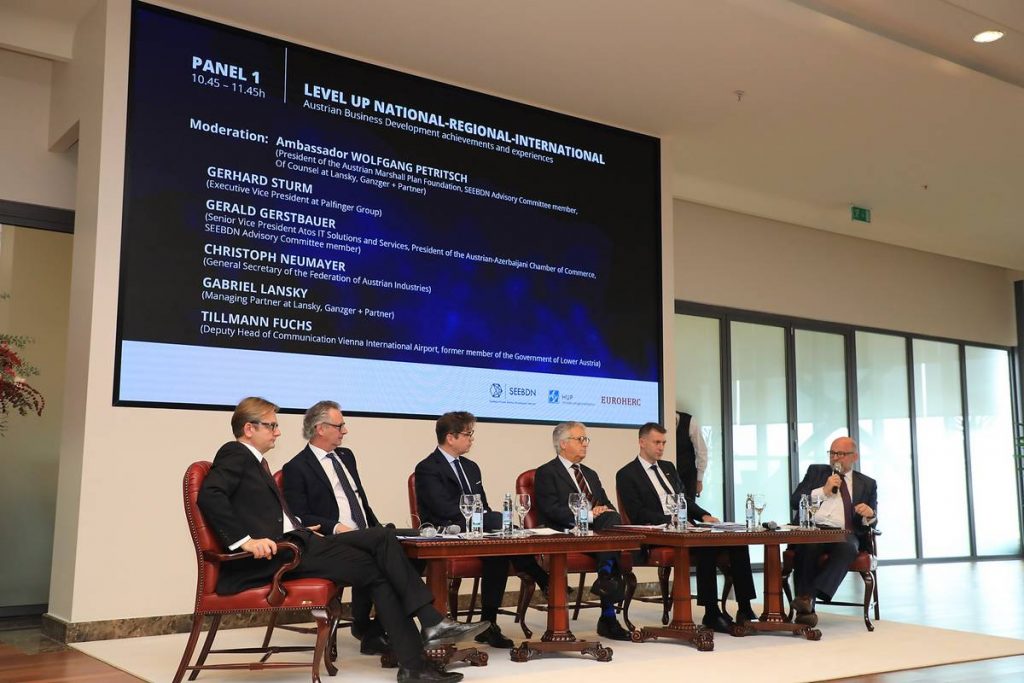 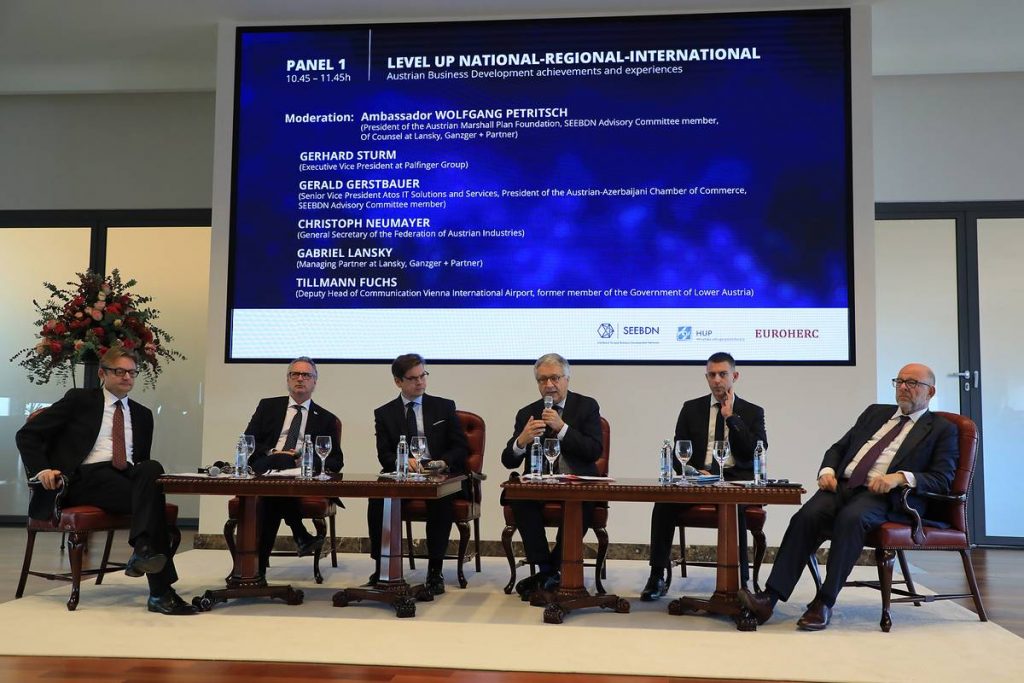 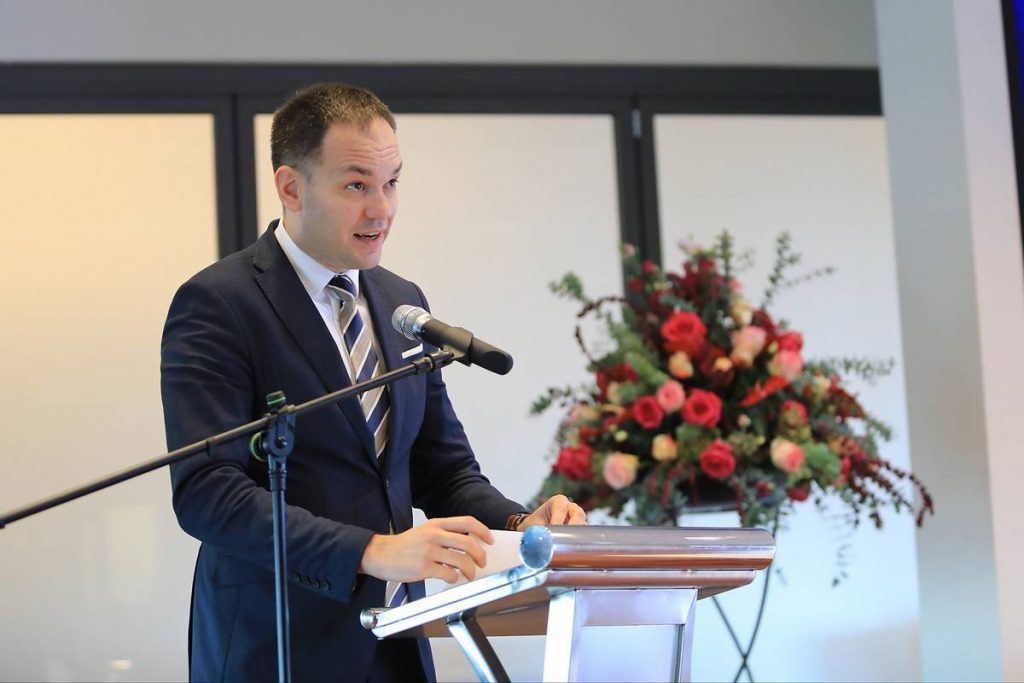 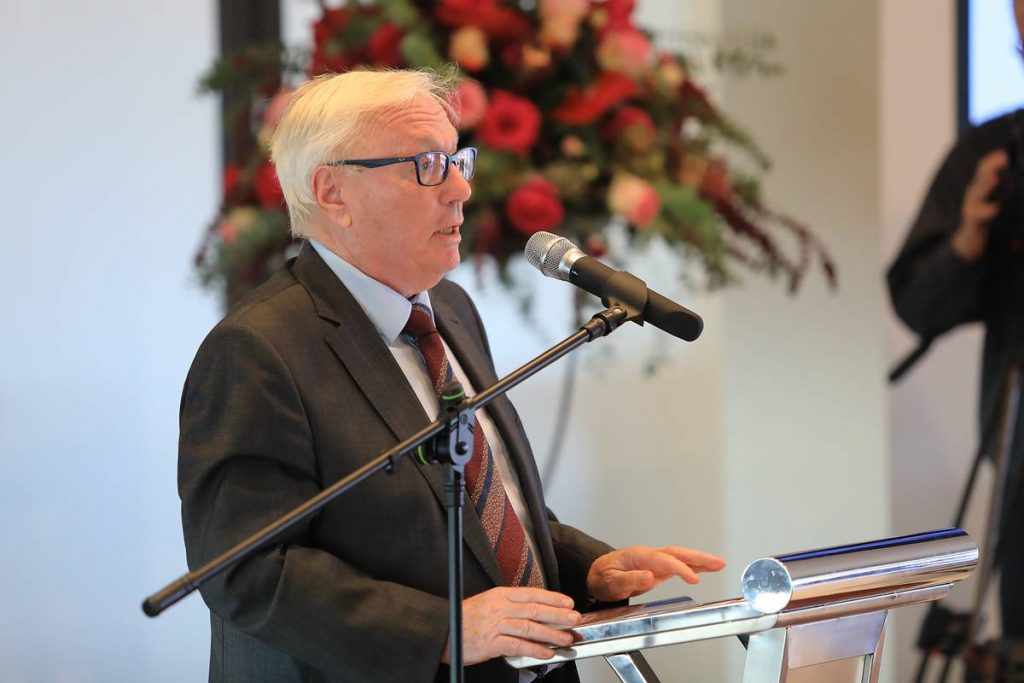 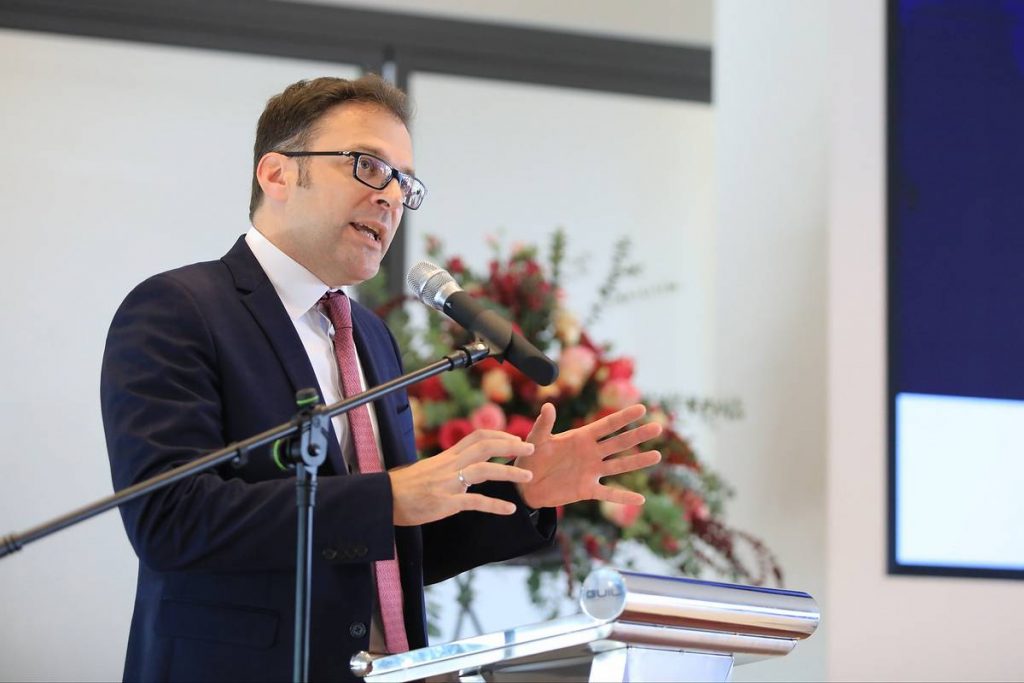 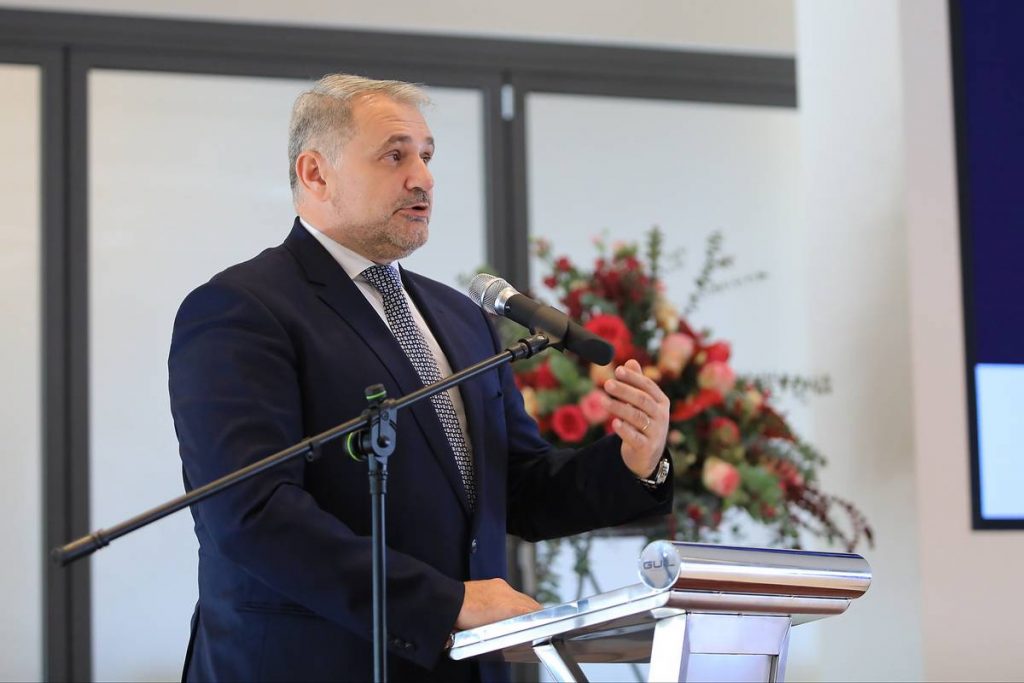 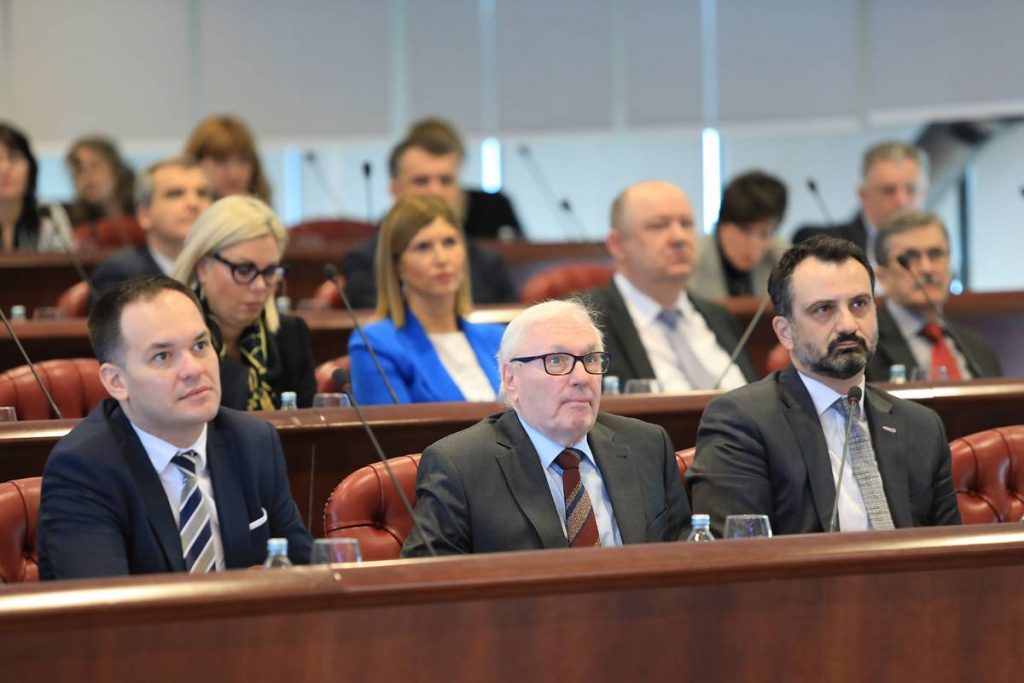 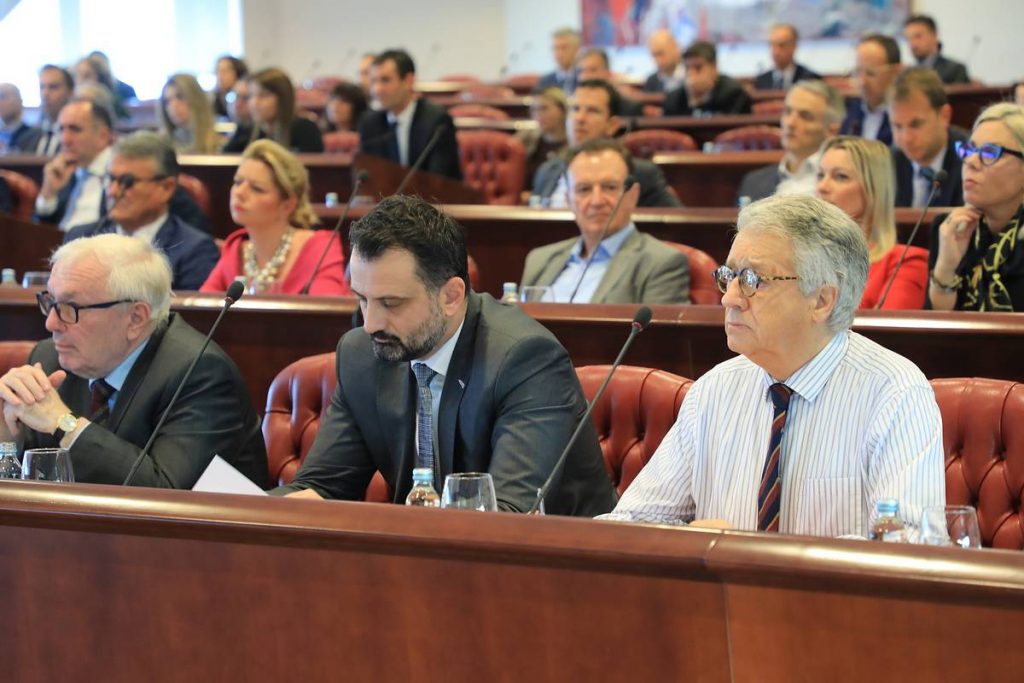 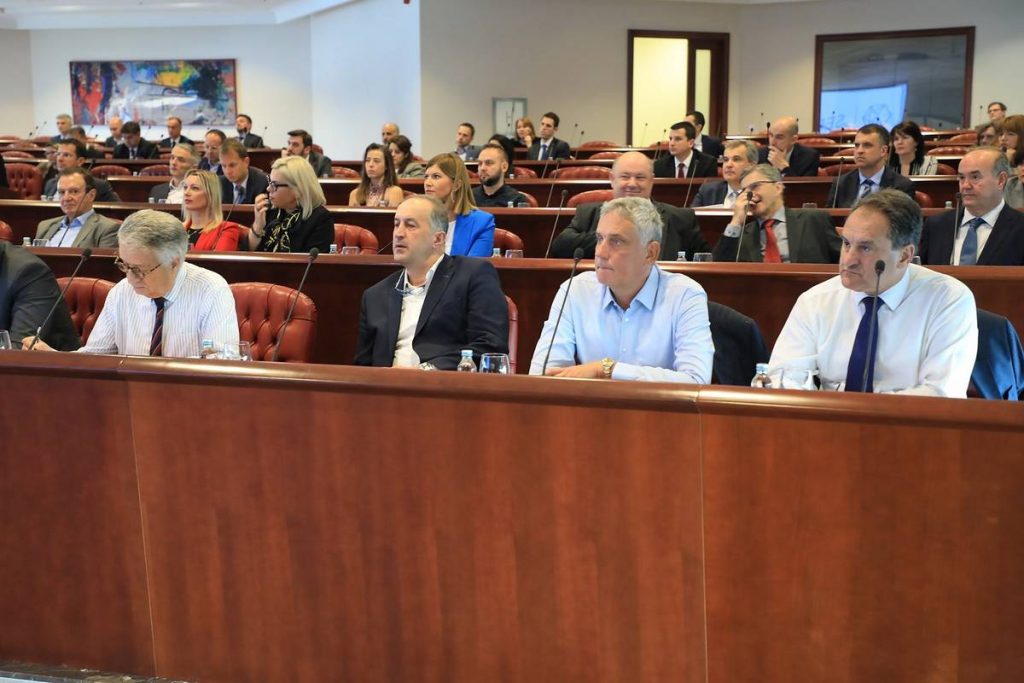 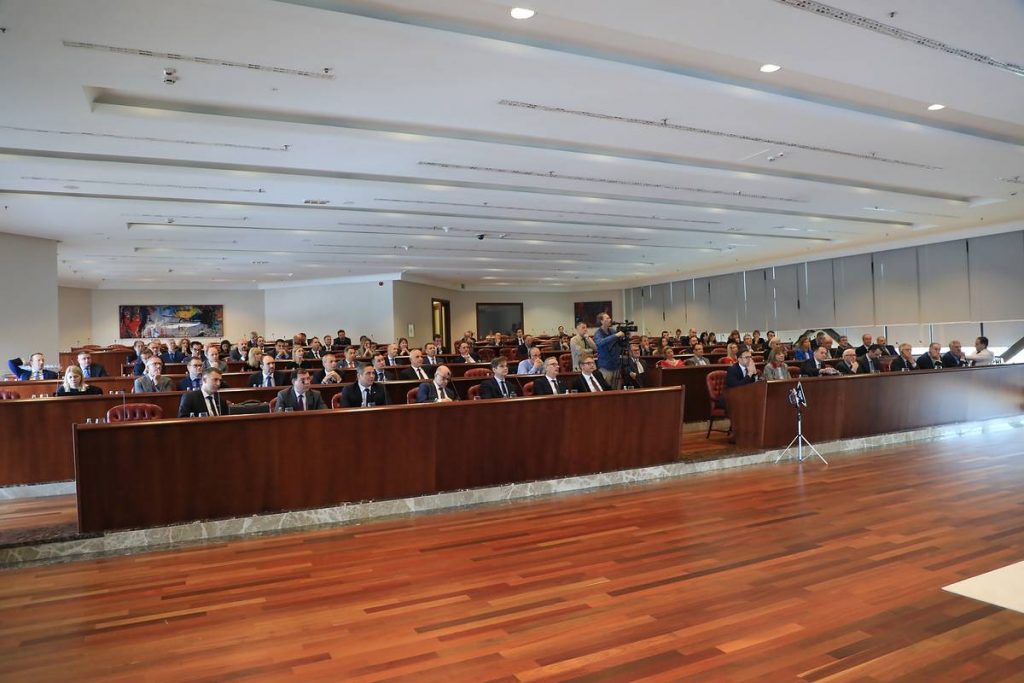 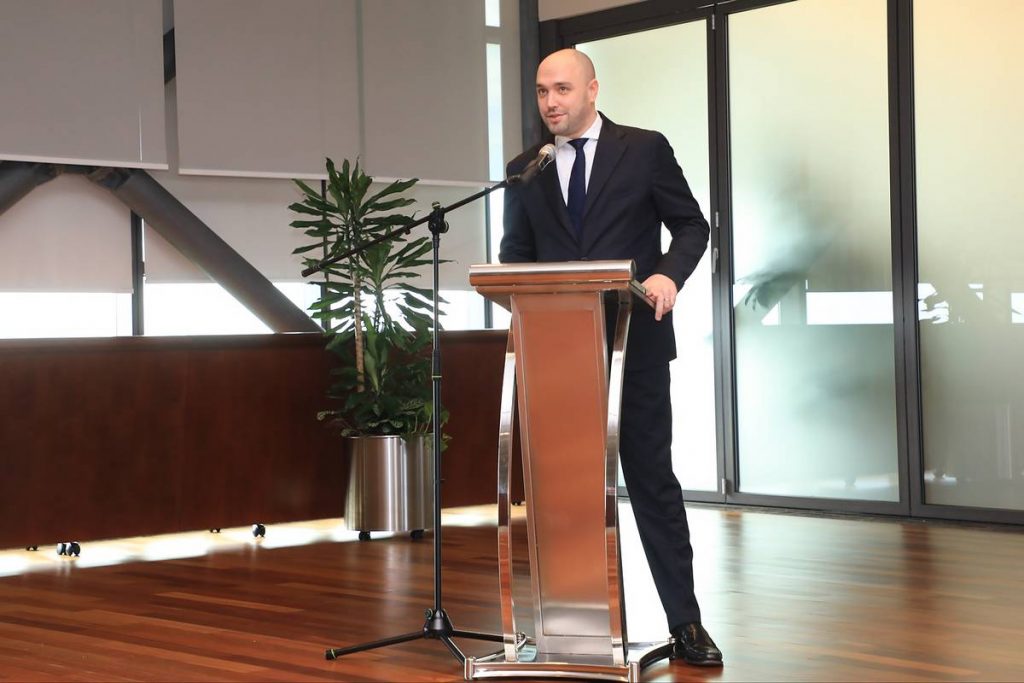 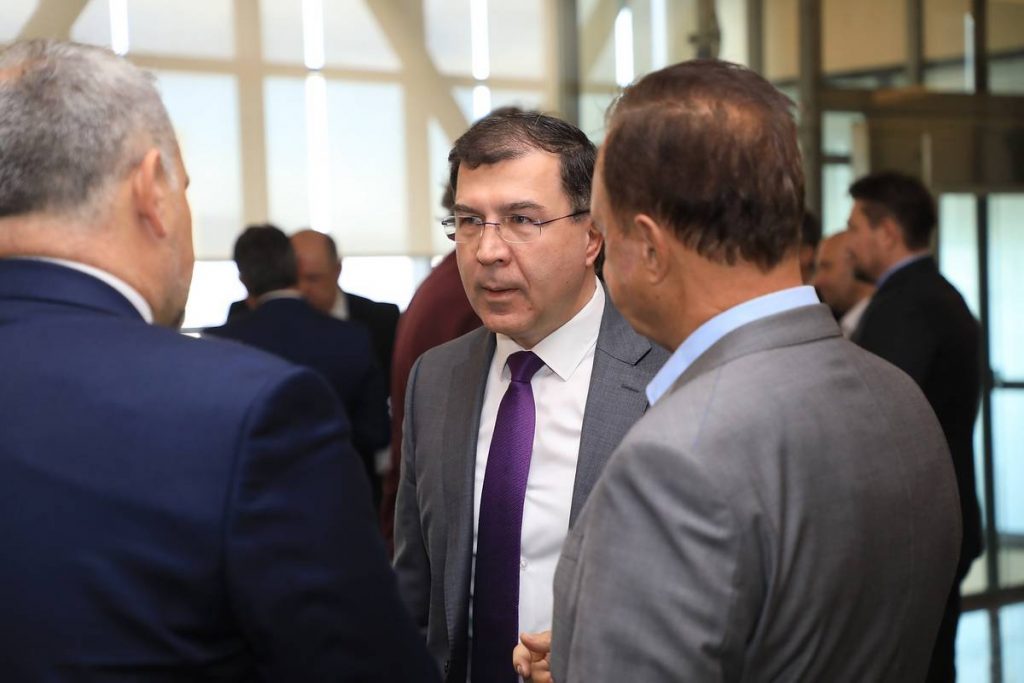 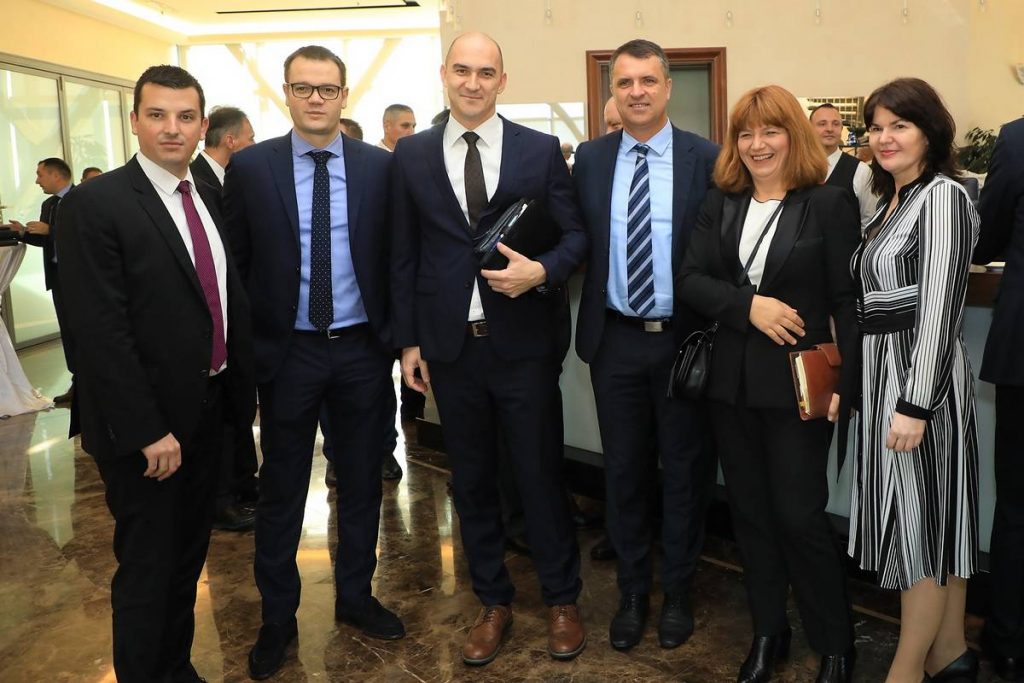 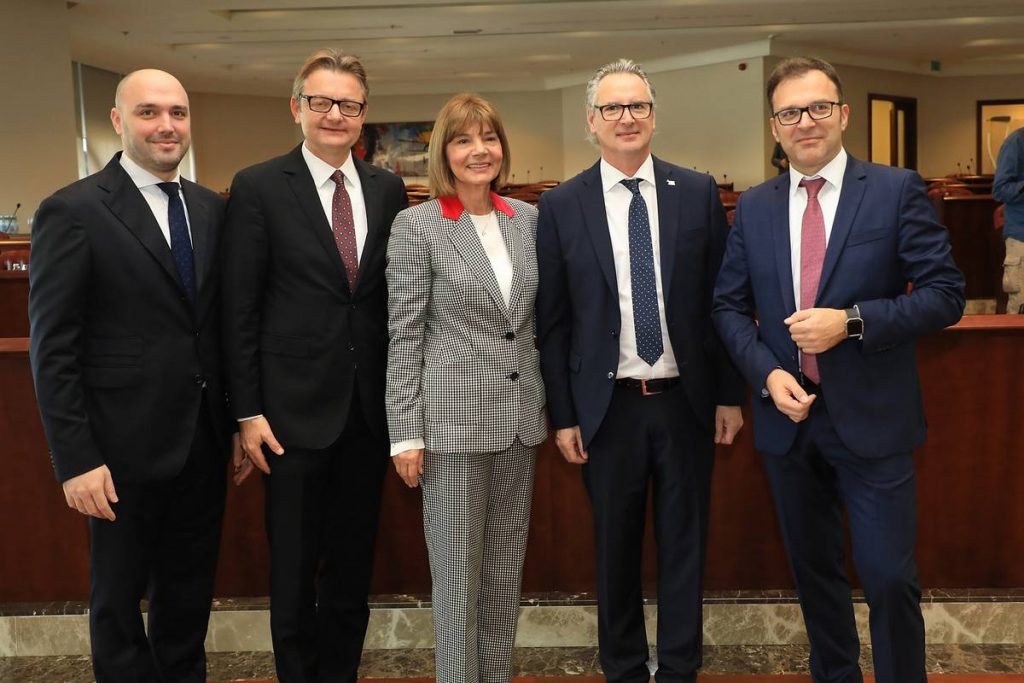 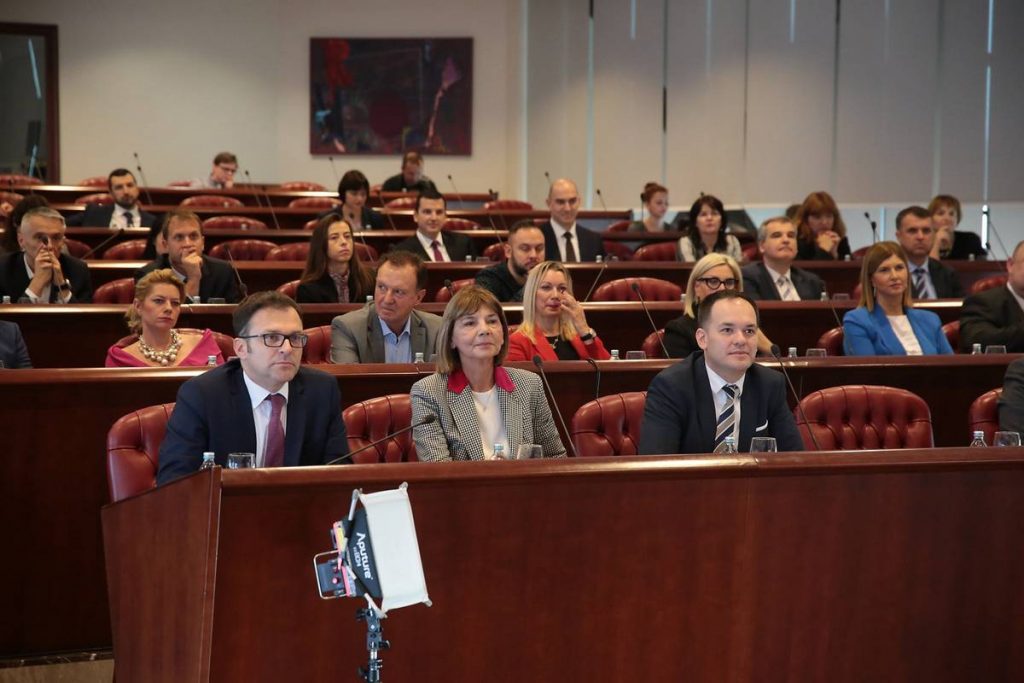 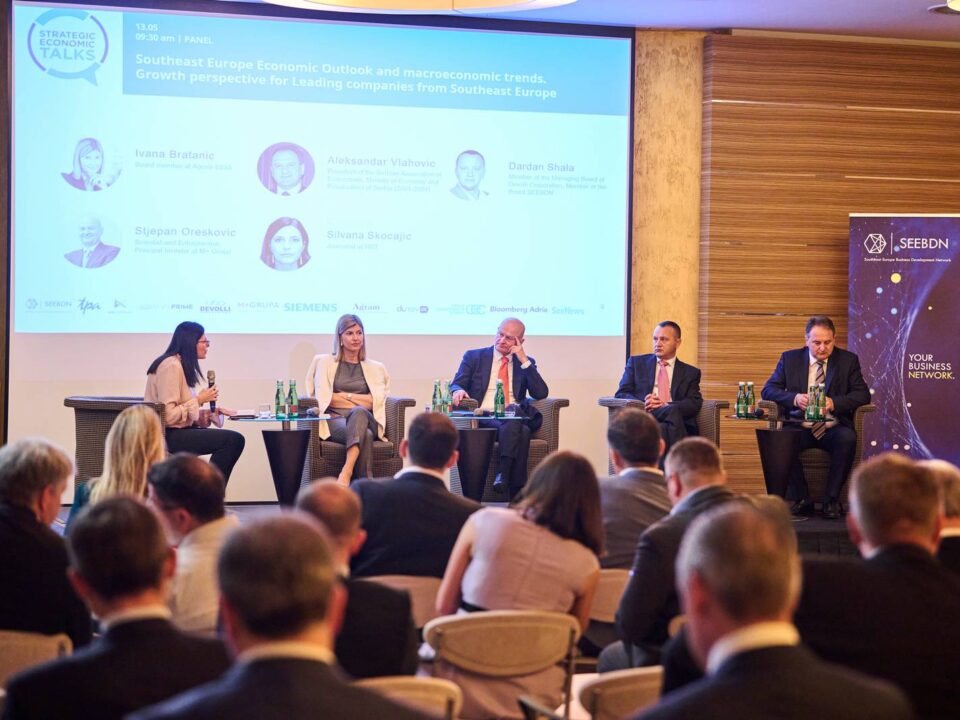 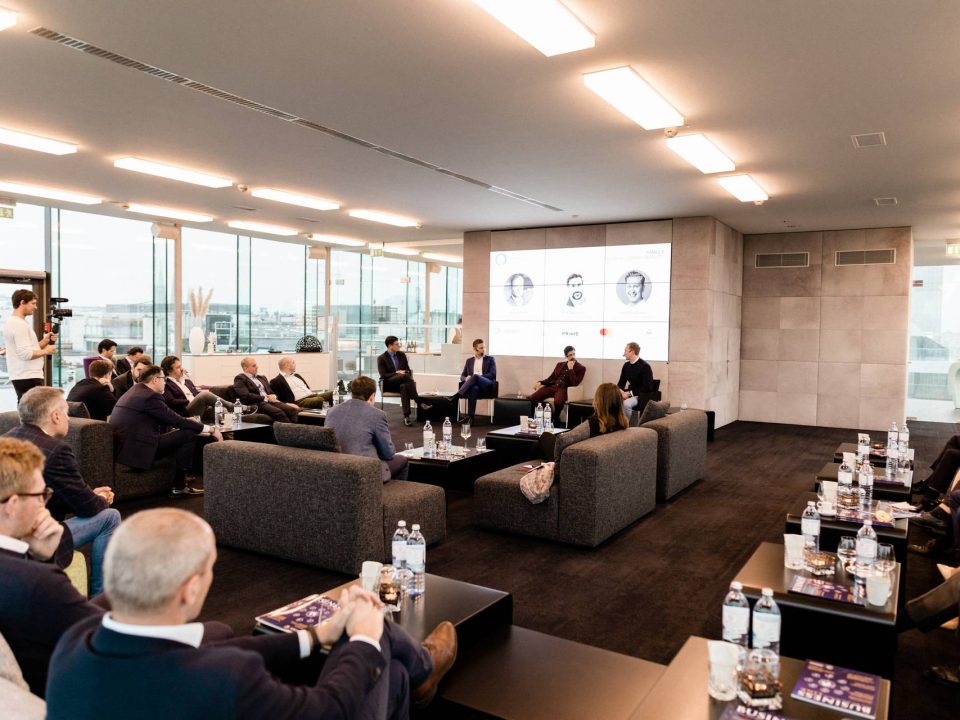 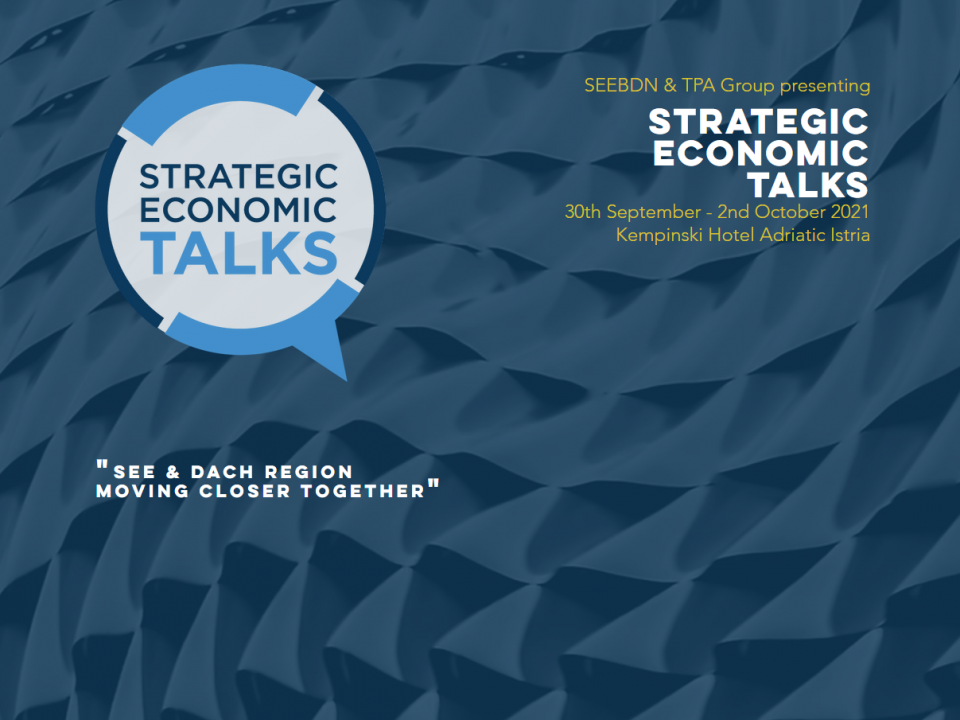